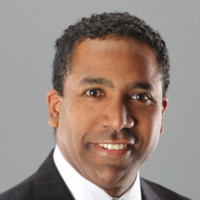 Since 2016, Gerald has served as principal of GCY Associates LLC. GCY Associates LLC is a small, independent, global institutional advisory and consulting firm with clients that have ranged from an Ivy League university, to a small private U.S. university, to a multi-billion euro multilateral, European research organization, to multiple international periodicals. Gerald also serves on various boards, including working as an independent director and as an advisory board member. Most recently, Gerald was asked to serve as Special Advisor to the Ambassador of Jamaica.
From 2002 – 2016, Gerald served as VP & Chief Investment Officer for the UNCF. where he actively managed three (3) portfolios through a myriad of outside consultants, managers, custodians, etc. At their peak, those 3 portfolios totalled approximately $1 billion. One was a dedicated, fixed-income portfolio for a special scholarship programme created in conjunction with the Bill & Melinda Gates Foundation that was designed to use a dedicated defeasance strategy to immunise programme liabilities via matching cash flows and durations, akin to pension plans; the second was a traditional, fully-diversified, long-term, endowment portfolio; and the third was a short-term portfolio that staggered maturities across various short-term instruments. Prior to UNCF, Gerald worked with UBS as a retail broker from 2000-2001. Prior to that, Gerald worked with PaineWebber from 1995 – 2000, in both institutional fixed income sales covering government issues, corporates, Eurobonds, etc. and eventually retail brokering. Lastly, Gerald worked in both the retail and commercial banking divisions of Riggs National Bank of Washington (1989 – 1991) in multiple capacities.
Gerald holds postgraduate degrees in Economics from the London School of Economics & Political Science and York University and in Law from the University of Miami and the Washington College of Law. His undergraduate degree is in Economics from the American University with honours. Gerald has served on multiple advisory boards1, committees, etc. Gerald was nominated for multiple industry awards and, most recently, won the award from Institutional Investor “Investor Intelligence Awards, Endowments & Foundations, Thought Leadership” (2016) in the endowment and foundation space. Gerald was nominated twice on the “ai-CIO, Power 100 CIOs” (2012 & 2013) global list of chief investment officers and has spoken on many global institutional investor panels all over the world.2
Gerald, aged 51 years, is a dual Jamaican-American citizen, married, and currently lives in Washington, DC.
Gerald is partly bilingual (English & French) and is also an avid, recreational chef de cuisine. Gerald is a sportsman, voracious reader and a global traveller.

Position your Portfolio and Operations for Climate Change

Many endowments will be re-orientating their mandates, actions and operations towards carbon neutral goals. This long-term process requires incremental changes, new practices and new decision making. Develop a blueprint to:

Transition your portfolio to address climate change and achieve a social return on investment.